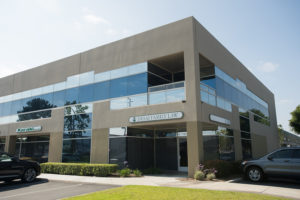 THE REALITY OF PRENUPTIAL AGREEMENTS

When it comes to the thorny issue of prenuptial agreements, there can be a very real difference of opinion between the financial advisors who recommend them to couples and the lawyers tasked with negotiating a final contract. On the surface, a “prenup” might seem to be a sensible, if unromantic, safeguard against the breakdown of a legal relationship, comparable to life-insurance or a power of attorney, but the reality is anything but simple. In many cases, a prenuptial agreement, at best, amounts to a shaky substitute for the strong financial understandings that underpin successful first marriages, while at their worst, qualify as the coerced waiver of legal marital rights by the financially weaker (though legally and morally equal) party. That’s to say nothing of the emotional damage a prenup can cause early in a marriage, the potential strain it can place on the weaker party’s relationship with in-laws, nor the disregard the prenuptial prerogative shows for the fair and balanced contingencies already written into the DNA of marital law.

Imbalance in a relationship, either real or perceived, is the premise for prenuptial contract negotiations. One party either makes significantly more than the other party, possesses a strong asset portfolio, or stands to inherit wealth from his parents, and a prenuptial agreement is intended to protect the financially stronger party against unfair levy in case the marriage breaks down. But in reality, a prenup is designed to maintain the pre-marriage status quo, to protect the imbalance that caused the discomfort in the first place.

Strong marriages are built on financial transparency, clear but flexible understanding of provider roles and an established commitment to communication about money. Prenups reinforce intractable imbalance in relationships, first, by privileging sole ownership prior to and outside of the union and second, by failing to provide consideration to the weaker party. Consideration, the understanding that each party entering into a contract gives something in exchange for taking something, is the basis of contract law. If the weaker party agrees to give up her marital rights to assets or inheritance in order to marry, that would make the right to marry her consideration in the contract, but that right is mutual–by definition, marriage confers that right on both parties–so what is the weaker party’s consideration? In most cases, there is none.

Why would one party enter into a contract that lacked due consideration? In a word, coercion. Most prenuptial agreements amount to founding a marriage on a coercive act. If you’re in love with your partner, you’ve decided to get married, but the path to marriage is legally barred by your partner unless you sign away your marital rights, you’re being forced into a situation that pits your emotional desires against your legal well-being. How do you make a stand for your legal rights without risking emotional damage to your relationship? The reality is, damage occurs either way. Prenuptial agreements have been developed over time by lawyers to serve wealthy clients and often reflect that agenda with a “scorched-earth” approach designed to mitigate risk for the more-moneyed spouse to the total exclusion of fairness and the disregard of the existing protections of standard marital law.

A particularly deleterious, and often overlooked, aspect of standard prenuptial agreements is that they fail to provide inheritance rights to the less-moneyed spouse in the event of her partner’s death. Some even require that she waive her inheritance rights. This means that if the more-moneyed spouse dies while the marriage is ongoing, and fails to provide for his partner in a will, the prenup will nullify her marital right to inheritance. This can be challenged during negotiations, but the reality is, most young people entering into a first marriage have such a limited understanding of the rights the law provides, it’s all too easy to miss with potentially devastating effects down the line.

The law has developed, slowly, case-by-case, since the founding of the nation to protect spousal rights in the event of divorce or death. Knowledge of those laws, understanding of the rights and responsibilities conferred upon individuals seeking to make a legal union, and clear and fairly mediated communication between both parties entering into a contract are the only real way to promote balance and mutual protection in marriage.

For more information on what you should do for your situation, contact the Desai Family Law Group at 714-637-1712 or leave as message right here.